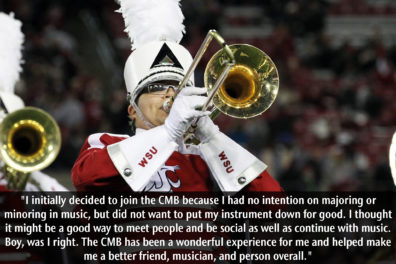 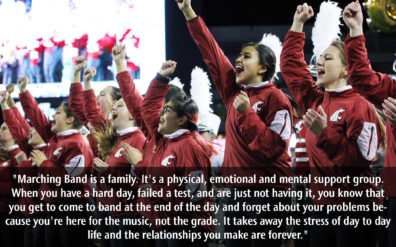 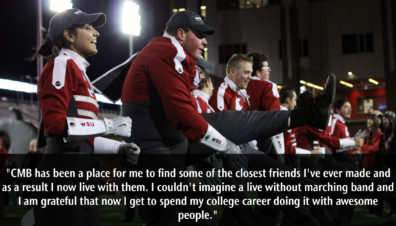 With an exciting mix of corps-style and traditional-style shows, the band performs a different show at every home football game, playing everything from Red Hot Chili Peppers and Bruno Mars to Sousa and Tchaikovsky, all in an effort to entertain our fans.  The marching band travels to Seattle whenever the Apple Cup is away and will send a pep band or full band to select away games.  Additionally, the band travels to any bowl games or conference championships, most recently enjoying the 2016 Holiday Bowl in San Diego.  The CMB has played in the Rose Bowl twice, several parades throughout the northwest, and in 2017 joined band members from the University of Washington and the University of Oregon in a combined trip to Ireland to march in the 2017 St Patrick’s Parade in Dublin.